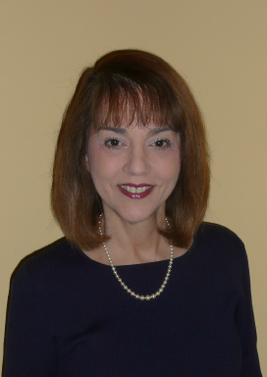 *City Representative to the Potomac and Rappahannock Transportation Commission (PRTC)

Let’s continue to work together on behalf of
a balanced and positive vision for our City!

Dear Fellow Manassas Park Residents,
It has been an honor to serve you as Mayor, and as a Councilmember prior to being elected Mayor.  My decisions and votes have always been made on behalf of good financial stewardship; and I have done what I genuinely believed was the right thing to do for the City, its residents and staff.​

*Fiscal Stability – I have promoted policies and processes that improve the financial condition of the City.
*Economic Development – My continuing efforts to bring economic development to Manassas Park will diversify the City’s tax base.
*Commitment to informing residents – I have consistently informed residents about City business through my mailers, emails, and other social media postings. I welcome all questions and suggestions.
​​

Fiscal Stability is an Important Goal
There has been steady improvement in the City’s fiscal position.
Although there is still work to be done, PROGRESS has been made:

**Proactive refinancing of eligible City debt saved the City $2 million in debt service payments, due to low interest rates in the winter. This will be used to increase City Reserves.

**Tight budgeting and stronger internal controls - We only spend what is necessary, especially during times of economic uncertainty. More efficient processes have been established to enable tracking of all funds coming into and leaving the City.

**Financial Reserves – at the conclusion of FY2016 the City was in a negative fiscal position, but due to careful management, the City is now in a positive position with modest reserves. This will help the City withstand recession.

**Restoration of City Credit Ratings – Standard & Poor’s rating was reinstated as “AA-“ and Moody’s was reinstated as “A1”.   Ratings had been previously removed because the Virginia Auditor of Public Accounts (APA) was monitoring the City.  The City’s Finance Team drove to Richmond to present the City’s financial plan directly to the APA. The designation of “potentially distressed” was removed and the APA supports the City’s fiscal plan for going forward.

In order to maintain a strong City, we must have increased commercial revenue to reduce the tax burden on existing residents. Our City has been overly dependent upon residential taxation, so economic development must be a continuing priority, but this will not be accomplished over night.

Economic Development will help us to more effectively do the following:

**Reduce the burden on our residents – Two factors will help ease the burden on residents. Increased incoming revenue from economic development, and decreasing debt service payments in FY2023, will enable the City to lower taxes while at the same time not affecting the services that all residents expect.

The key to doing all of this will be careful financial management, and economic development.

Economic development has the potential to bring millions into the City.

I will continue to push for these goals because they are essential for a strong City.